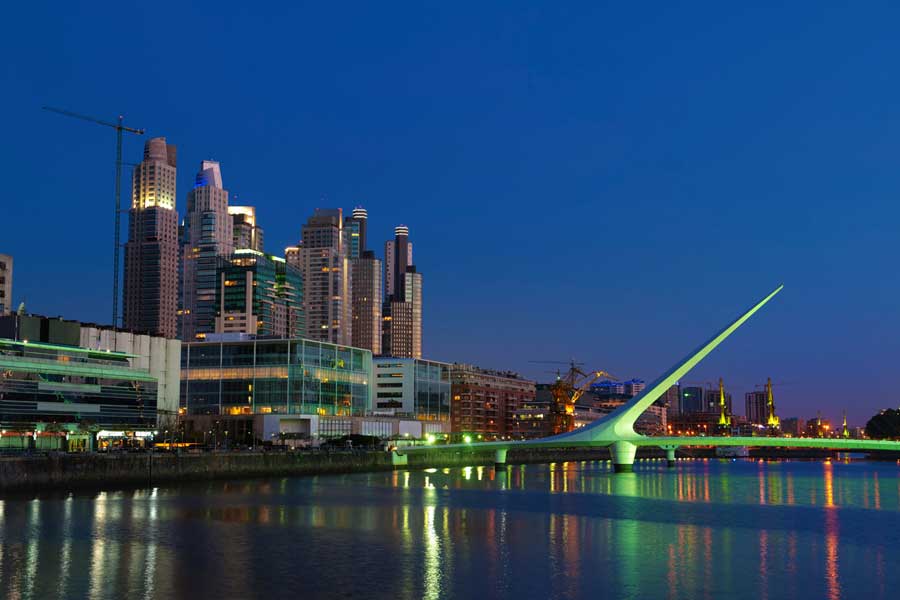 Bathed by the waters of the Golfo Nuevo and located only 100 km away from Puerto Pirámides, the city of Puerto Madryn is the entrance gate to Peninsula Valdés, which has been declared a World Natural Heritage site by UNESCO in 1999. Its roads conveniently communicate it with the main tourist attractions in the region, such as the Nature Reserve Peninsula Valdés, the Penguin Reserve in Punta Tombo, the Welsh colonies of Dolavon and Gaiman, and the wide coastal line of the Atlantic Ocean. Observing the huge whales from its shores at sunset is a truly unforgettable experience!